On this day in 1882, Supreme Court Justice Felix Frankfurter was born in Vienna, Austria. At the age of twelve, he moved to New York’s lower east side with his parents and five siblings. Despite not learning English until he came to the United States, he soon became an exceptional student. He graduated first in his class from Harvard Law School and then joined its faculty. He went on to become a renowned scholar, a major public intellectual, and a trusted advisor to President Franklin D. Roosevelt. Roosevelt nominated him to the Supreme Court in 1939, and the Senate confirmed him without a single dissenting vote. 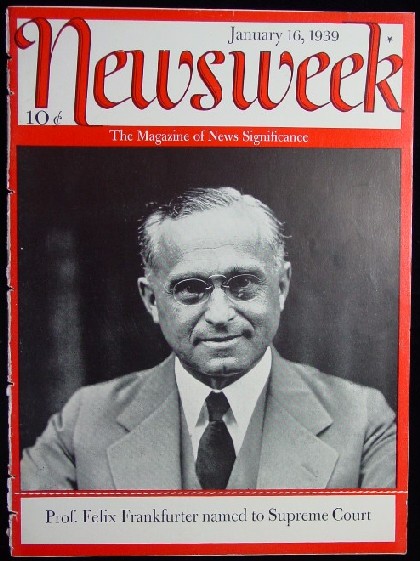 Never one to doubt his own abilities, Frankfurter believed that the fact that he had never served as a judge in no way hindered  him as a justice. “The correlation between prior judicial experience and fitness for the Supreme Court,” he once said, “is zero.”